Meet James Patrick Hoffer, you probably know him as the investigative reporter at Eyewitness News.

James has had a flourishing career on T.V; his mother’s name is Patricia Hoffer of Lititz, Pa. Hoffer who is a graduated from Temple University is also the husband of famous MSNBC’s Mika Brzezinski. The couple tied the knot back in 1993 when he was a reporter for WTNH-TV, an ABC affiliate in New Haven.

The TV news reporter and his journalist wife have two children together, two daughters. 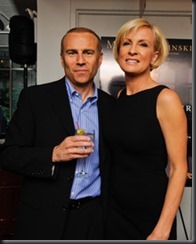 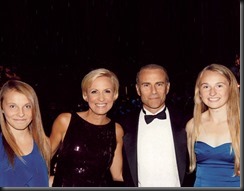 Among his achievements we can mention,  5 Emmys and was most recently honored with a National Edward R. Murrow Award for a series of investigative reports on Con Ed, entitled “Profit Over Safety”. In 2002, Hoffer was the recipient of Columbia University’s esteemed DuPont award for exposing lax security at the nation’s naval bases. 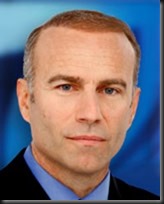 On his Eyewitness News profile says:

Jim’s undercover investigations led New York lawmakers to close the state’s gun show loophole. His reports into aviation mishaps led to Congressional hearings on stricter English testing for foreign airline pilots. And the Connecticut Legislature changed their state law governing mental competency to stand trial following a series of reports which led to the re-arrest and imprisonment of a convicted murderer.

James and wife Mika, met while working together at a small Fox station in Hartford, Connecticut. Jim’s wife describes this time as her big break where Hoffer was the star investigative reporter and her future husband.

Jim’s wife has been described as the daughter of Washington royalty; her father was former President Jimmy Carter’s national security adviser, a counselor at the Center for Strategic and International Studies and a professor at the Nitze School of Advanced International Studies at the Johns Hopkins University, in Washington. Her mother, Mary B. Brzezinski, a sculptor.

Both James and wife Mika have had successful careers in the media but his wife has reached stardom status along with co-host Joe Scarborough. She has over 110,000 followers on twitter against her hubby’s 4,303.

Never the less the marriage of two decades make one great couple.

Shirley Hung Henry's Husband In Extramarital Affair Let's take a look at what Ed Henry is reported to have done. What is he doing now, his wife Shirley (Hung) Henry and his life and Shirley Hung who … END_OF_DOCUMENT_TOKEN_TO_BE_REPLACED

Let's Get to Know The Second Highest Ranking Senator Dick, Richard Joseph Durbin, has been a Senator since 1977. What do you know about this long-serving Senator's  early life and what led him … END_OF_DOCUMENT_TOKEN_TO_BE_REPLACED