Amy Hoover Sanders is the pretty wife of politician and businessman, Beto O’Rourke.

Amy’s husband recently announced he is running for president in 2020, the democrat narrowly lost to Ted Cruz in the 2018 Texas Senate race.

Beto, born Robert Francis O’Rourke –was elected to the House of Representatives in 2012 and had previously served on the El Paso City Council from 2005 until 2011.

Before his election to Congress, O’Rourke founded a software and technology company called Stanton Street. His personal financial disclosure showed had a net worth of about $8.9 million. Find out more about his lovely wife. 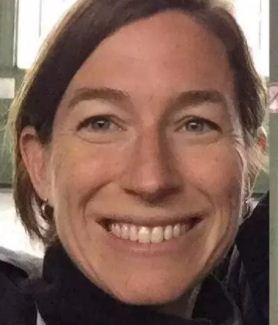 #1 She is supportive of his career

He’s been happily married to wife Amy Hoover Sanders for the past 13-years.

Mrs. O’Rourke seems to be in full supports of her husband’s decision to run for president. O’Rourke says in a video with his wife released Thursday morning “Amy and I are happy to share with you that I’m running to serve you as the next president of the United States of America”

#2 She comes from a very influential Texan family

35-year-old Amy Hoover Sanders is one of five children born to Louann and William Sanders of El Paso. Her father, Bill Sanders, is a bona fide real estate tycoon known as the godfather of the Real Estate Investment Trust, or REIT. Amy’s siblings are Richard, Pablo, Marianna, and Christina.

#3 She lived in Guatemala

Amy attended Williams College in Massachusetts, where she studied psychology. After her gradation she lived in Guatemala for a year –where she taught kindergarten.

#4 She is a former teacher

Amy returned to El Paso in 2003 where she worked teaching first and second grade. She also worked with the nonprofit, Centro de Salu Familiar La Fe in south El Paso for seven years. She is currently the director of education development for La Fe Community Development Corporation. She is also the executive director of the La Fe Preparatory charter school.

She began dating her husband in 2003 and dated for about two years prior to their nuptials on September 24, 2005. Since then, they have welcomed three children; Ulysses, Molly, Henry. 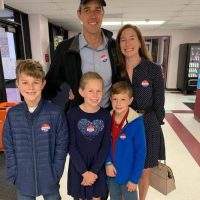 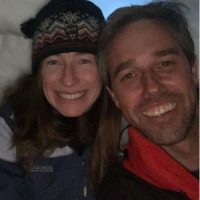 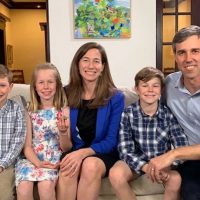 Shirley Hung Henry's Husband In Extramarital Affair Let's take a look at what Ed Henry is reported to have done. What is he doing now, his wife Shirley (Hung) Henry and his life and Shirley Hung who … END_OF_DOCUMENT_TOKEN_TO_BE_REPLACED

Let's Get to Know The Second Highest Ranking Senator Dick, Richard Joseph Durbin, has been a Senator since 1977. What do you know about this long-serving Senator's  early life and what led him … END_OF_DOCUMENT_TOKEN_TO_BE_REPLACED